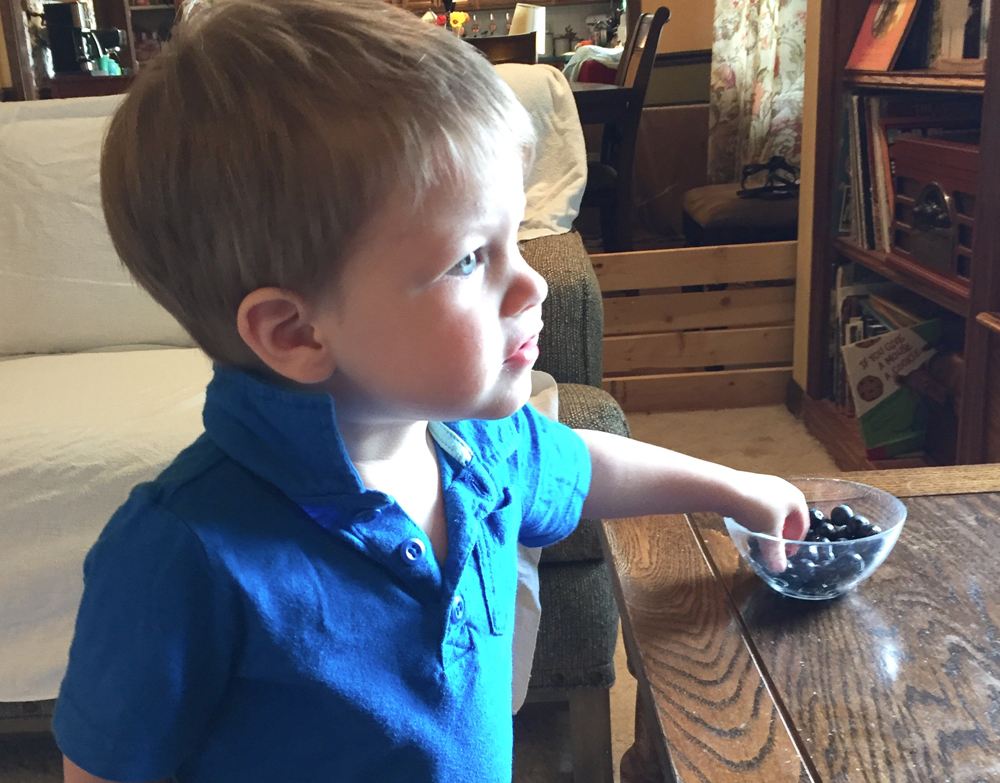 This little guy was my Job #1 today. Much of the family worked on his new home.

It was a challenge keeping The Grand happy today. He was out of sorts. I guess I was too in a way.

But both of us kept communicating with each other—The Grand mostly with short words like “outside”, “Thomas!” (he loves the “Thomas the Train” video), and of course, “no.” I used words he knows and some he doesn’t. I’m pretty sure I taught him which crayon is black and which is green. He tried hard to remember the other six colors. I generously praised him for the two he learned.

After his nap he tried the new bread I made for him. He has food allergies so no wheat. He liked it with butter and peach jam.

After reflecting on the day, it was a better day than I thought. I kinda felt like a Nana-fail. But the reality is we spent a sweet day together even if we both were off just a little.