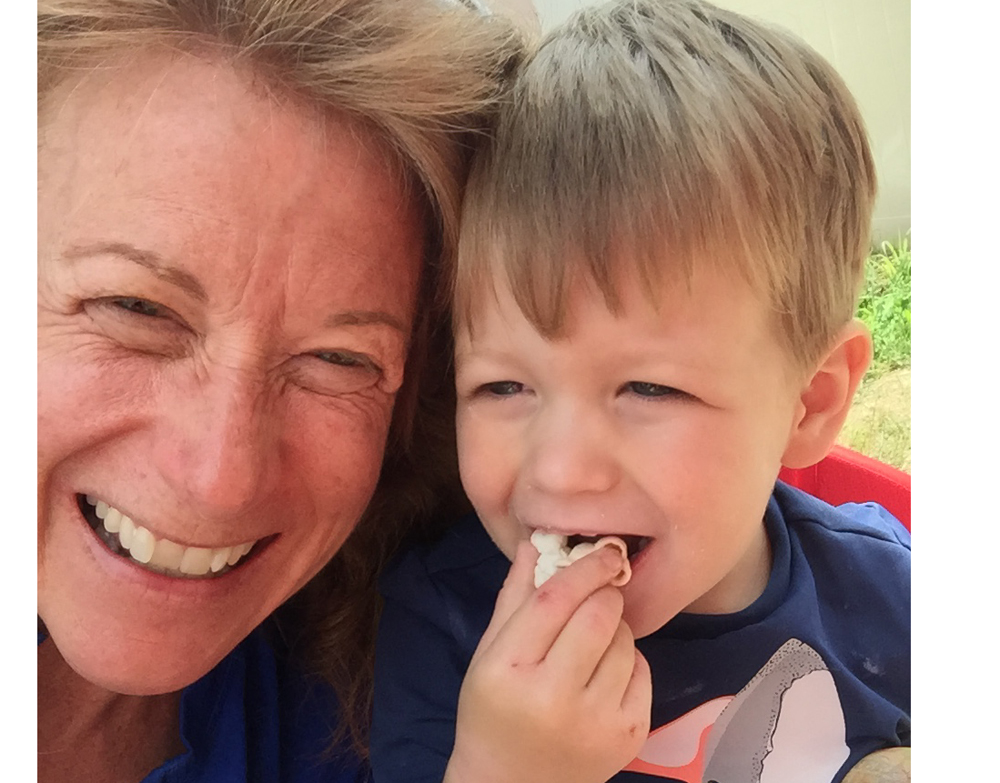 Today was a much more fun day—writing and being with people!

After a morning of writing I met Kelsey, The Grand, and their friends at a friend’s pool. I played with the two toddler boys while their mamas talked. Two two-year-olds in the shallow end of a swimming pool are so much fun. I taught them an old Donut Man song with the actions—“Here Comes Jesus Riding on a Donkey, Hosanna, Hosanna, Hosanna to the King!” They thought the song was awesome. We sang and acted it out many times.

In the midst of our fun I took a phone call for an upcoming event for which I will be speaking. I grabbed my notes, glasses, and pen as I tried to find a quiet spot at the pool. The two little boys followed me around like baby ducks following the mama duck. I settled at the patio table and The Grand joined me at the table as I continued to talk details with the very gracious event coordinator and scribbled a few notes on my by then crumpled paper.

I loved talking with this kindred-spirit young woman. We share the same heart for women to be in relationship with God and to be in fulfilling relationships with each other. How fun!

One thing I learned today about what God might have for me next—people. I need to be more in rich relationships with people—people other than my family. They get the best of me so no worries there. I still don’t know what this will look like and I’m not going to run ahead of the Lord.

Today was a little nudge from God to not forget part of who He made me to be. Sometimes in the midst of writing, prepping, and house cleaning, I squeezed out the most important thing—time with people. God called me to write. He called me to prep before I teach. I’m pretty sure He called me to clean before I have people over. And after all that and time with my family, I have not had or taken time to sit and talk or to lead a study with just a few women who really want to know God better.

We’ll see where God directs me.

As you think about what God might have next for you, is there a part of you that may have been laid aside for a season?